How a walking tour is tackling sexism and fostering respect for women, one step at a time | HerCanberra

Architects, artists, politicians and the women unseen—this isn’t the history you learned in school.

Officially launching on Saturday 31 July in The Parliamentary Triangle, the She Shapes History walking tour was founded by women for women with the hopes of unearthing the hidden history of Australia.

Following the months of outcry and calls for a change in the treatment and representation of women around the world, the idea for the She Shapes History tours was sparked from a simple hope: the ability for women to see themselves in Canberra’s landscape, in Australian history, and the story of the nation.

Using their background in research and a shared passion for learning about the contributions of women, Ripley Stevens and Sita Sargeant decided to launch a simple and accessible idea to bring the female change-makers of Australia to the forefront of local conversation.

“We were both engaging with a lot of Canberra’s history in the cultural institutions and we realised that there wasn’t as big a focus on women’s stories and more diverse women’s stories,” says Sita.

“We were a bit like, what can we do to be part of this conversation that is respectful, simple and doable?” adds Ripley.

Focusing on using walking as an accessible way to share history while using the method as a way to reclaim space for women, the tours are based on hours of intensive research and interviews as well as collaborations with Canberra’s national institutions.

“Some of the stories are really hard to find,” says Ripley. “A lot of women’s history has either not been well documented or it has been devalued, so I think it’s been good to get to the nitty-gritty of it and find their important stories that need to be heard;  the ones that you don’t hear in school.”

Starting at the Ladies Rose Garden, one of the only places in Canberra that features a monument for women, the two-hour tour explores the history saturating The National Triangle.

At each stop, the tour group learns the demystified truth of women’s stories from migrant, disabled, Aboriginal and Torres Strait Islander, and LGBTQIA+ communities, including the techniques and situations that led to their significant contribution to history.

“On one of our last stops we do Junie Morosi,” explains Sita. “Junie Morosi is considered one of the reasons why the Whitlam Government was dismissed, she was huge in the media, she was this figure that was surrounded by scandal and we ended up interviewing her for the tour and hearing her side of the story.”

“She was represented as this femme fatal out to ruin Australia, when she was saying to us she came here wanting to make this country better…it was interesting hearing about the 1970s and that kind of radical change from someone who was in all of these rooms and painted as a villain.”

Pearl Gibbs, an Indigenous Australian activist, and the most prominent female activists within the Aboriginal movement in the early 20th century, is another woman featured on the tour.

Shocked by the sheer perseverance of her activism and the adversity that she faced in her lifetime, the duo believes Pearl is the perfect example of Australia’s hidden stories.

They say in order to change how society thinks about women today, there needs to be a change to how they are thought about in the past.

“I think through increased visibility, it is a part of that solution,” says Ripley. “I just have this sense …there’s just this kind of pervasive invisibility that happens in politics and every arena. I think that invisibility does subtly foster disrespect for women because it’s like we’re not worthy of having our achievements known, our names known and I hope our tours play a small role in fostering respect for women.”

One way Ripley and Sita hope to increase visibility is by sharing resources, references and recipes for shaping the nation so long after the walk has ended, guests can continue to enjoy the stories shared.

“We wanted to demystify how women have shaped history so our secret ingredient is we have recipes at each stop. So for Junie Morosi for instance our recipe card is called ‘How To Dismiss The Government.’ We really break down what are the ingredients to how she did it,” says Sita.

“Most people focus on when these things happen, we wanted to focus on how this happened.”

While the focus is on women, Ripley and Sita also talk about the important men who influenced and impacted the lives of the She Shapes History subjects, from work colleagues to romantic partners.

As they get ready to launch their first tour, the duo hopes that anyone interested in learning an unfamiliar history comes along to gain a fuller understanding of Australia, including an understanding that diverse women were nation makers.

For more information head to sheshapeshistory.com

From the British Museum: Pompeii Live 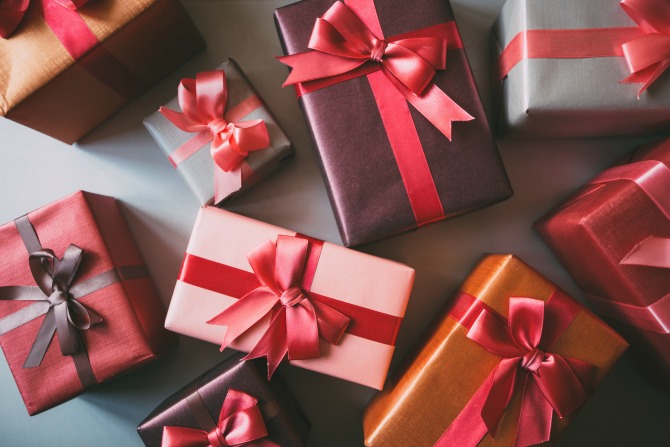 Christmas shopping can spook even the most experienced shopper. The thought of bracing yourself for hours…