Brain cancer is the number one cancer killer of children under 16.

Yvonne Anthoney lost her daughter Dainere to paediatric brain cancer in 2013. Since then, along with her husband Stephen and Dainere’s siblings Nalani and Jarrett, she has been working to raise funds and awareness about this disease through their charity, Dainere’s Rainbow.

All of the funds raised through Dainere’s Rainbow are donated to the Kids Cancer Centre at the Sydney Children’s Hospital.

“Dr. David Zeigler is the head of the Clinical Trials Program there and he was Dainere’s doctor,” explains Yvonne. “They devote the research program to investigating paediatric brain tumours and trying to improve the outcomes for all children who are diagnosed, because research is the only real hope for dramatic improvements to manage children’s brain cancer.”

Despite the severity of the disease, there remains a lack of understanding of its causes and symptoms, according to Yvonne.

“Unlike other diseases, in the last three decades there’s been no improvement in survival rates. Brain cancer isn’t getting as much funding as other areas and so unfortunately there’s not as much research.”

The Dainere’s Rainbow Gala Dinner is a major fundraising event for the charity and will be held on Saturday 18 June. This year, the theme is Happily Ever After and holds deep significance for Dainere’s family.

“She knew that when she was so ill, she wouldn’t have a happily ever after,” says Yvonne, “but she wanted all the kids that came after her to be able to. She put so much of the time that she had remaining into helping other people.”

Dainere’s brother Jarrett is also involved in fundraising and is inspired by the work his sister left behind including the two books that she had written.

“Dainere had a list of ideas for lots of things,” Jarrett says, “like quotes and art work and book ideas. She was really into Disney princesses so the Happily Ever After Gala Dinner just seemed to fit. We always try to fit everything we do in with Dainere and what she would have liked.”

Jarrett remembers the experience of learning about brain cancer paediatric brain cancer through Dainere’s diagnosis and hopes other people will be influenced by her story to learn more.

“We had no idea what it meant, I just couldn’t believe that something this horrible could exist,” says Jarrett. “We didn’t expect it and no one knew how to react. People don’t like to associate diseases with kids because it’s a lot harder to take in that a child’s dying.”

“We just really want people in the community to know about brain cancer,” adds Yvonne. “We certainly don’t want to see any families suffer like we’ve had to suffer because being without Dainere is really difficult, it’s heartbreaking. It’s indescribable to lose a child. But we keep going by doing what Dainere would have wanted, she’s our inspiration in everything we do.”

Dainere’s Rainbow Happily Ever After Gala Dinner will feature Amber Nichols performing on the evening along with Something Like This.

What: Happily Ever After Gala Dinner
When: Saturday 18 June
Where: The Abbey Function Centre, Nicholls
Web: www.daineresrainbow.com.au

HisCanberra’s Mullet Over: The basics of hair styling 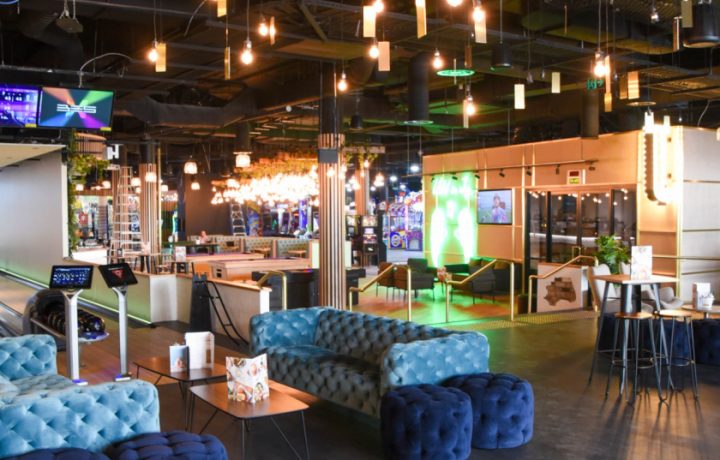 Great family experiences including nature, recreation, entertainment and food can all be found in the…