When it happens to you, it can be devastating. Violating. Traumatising. But did you know it’s also rape?

I’m talking about stealthing – the non-consensual removal of a condom during sex.

Elena, who was 24 when she experienced stealthing says: “If stealthing was criminalised at the time of my incident, it would have provided me with the opportunity to take control of a situation where I had none.”

Abbie, 39 today but 26 at the time of her assault said, “I didn’t know then what had happened was rape.”

Both these women showed tremendous courage on Thursday 7 July by telling their stories to a national roundtable of law makers and leaders who are working together to change the law – and change the conversation – around stealthing and consent.

The violating practice is widespread: one in three women and one in five men who have sex with men have been victims of stealthing, according to a 2018 study by Monash University and the Melbourne Sexual Health Centre. Yet community awareness and education around the issue is limited.

The lack of awareness around stealthing is something that sexual consent advocate and Director of the Australia Institute’s newly established Centre for Sex and Gender Equality, Chanel Contos wants to change; Chanel convened the roundtable.

(You might recall that Chanel first hit the national headlines at the start of 2021 when she launched a viral online petition calling for holistic sexual consent and sexuality education.) 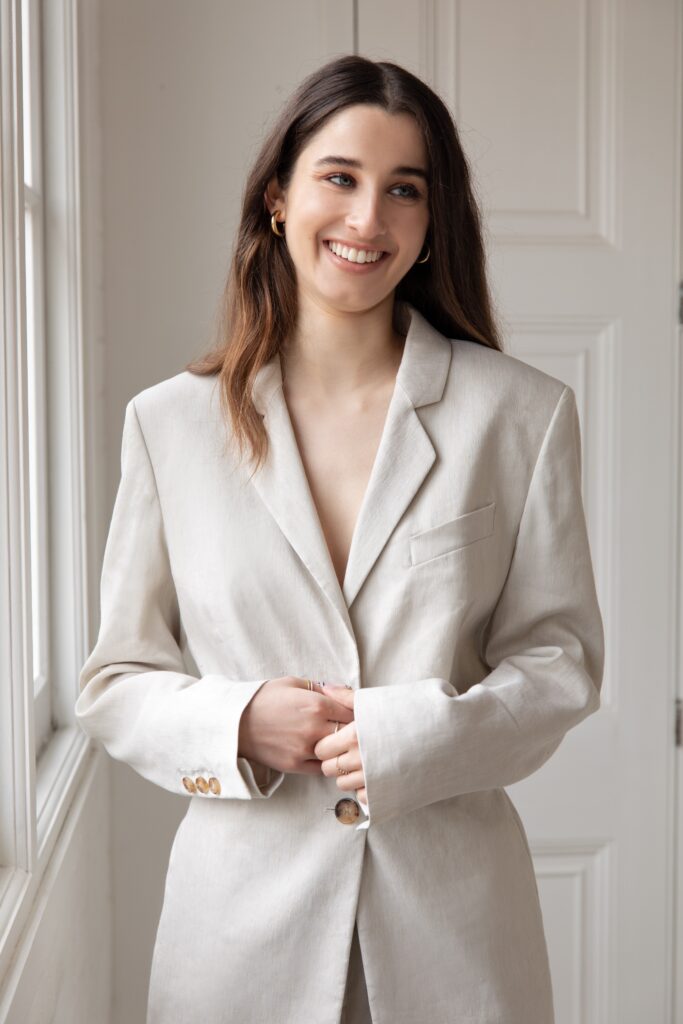 Chanel Contos continues to be a vocal advocate for consent and gender equality. Picture: Supplied

In her opening remarks at the roundtable, she said: “By bringing together lawmakers and victims of stealthing we hope to identify how nationally consistent legislation can prevent stealthing and increase public awareness about consent.”

She later went on to say: “Stealthing is most commonly perpetrated out of ignorance and entitlement rather than malice. This means that it is preventable. It is preventable through public awareness about this specific type of consent, and legislation is a powerful way to define what is acceptable and what is not in our society.”

Also present at the event were Attorneys-General advisors, shadow Attorneys-General, Supreme Court Judges and members of state and territory legislative councils who came together to hear from survivors about their experiences of stealthing.

Law reform on stealthing has gained momentum recently. Two weeks ago, the Queensland Women’s Safety and Justice Taskforce released the second Hear Her Voice report. One of the taskforce’s 188 recommendations was to amend consent laws to include legislation around non-consensual condom removal during sex.

Currently, stealthing is a crime only in the ACT and Tasmania.

Last year, Canberra Liberals’ Leader Elizabeth Lee introduced the Crimes (Stealthing) Amendment Bill 2021, which makes it illegal to remove a condom during sex or to not use a condom at all, in circumstances when condom use was previously agreed on.

“I am incredibly proud that the ACT has passed nation-leading laws to specifically criminalise stealthing,” said Elizabeth Lee during the roundtable.

Tasmania followed suit in June, passing the Criminal Code Amendment Bill 2022, which includes stealthing as another circumstance that negates consent.

New South Wales’ affirmative consent reforms, which also came into effect in June 2022, strengthen laws by confirming that if someone consents to one sexual act, they have not consented to other sexual acts, providing stealthing as an example.

Following NSW’s approach, the Queensland Women’s Safety and Justice Taskforce report recommends amending the definition of consent and providing stealthing as an example.

A review in Victoria has also recommended that stealthing be criminalised, but legislation has not yet been implemented. The Victoria Law Reform Commission’s Improving Justice System Response to Sex Offences report recommends an amendment to the Crimes Act to include stealthing as another circumstance in which consent is negated. The Victorian Government has agreed to the recommendation to criminalise stealthing and the reform is expected to come into effect later this year.

The criminalisation of stealthing is fundamental to increasing community awareness and education about sexual safety and consent.

During last week’s roundtable Senior Lecturer in Criminology and Justice at RMIT University, Dr Brianna Chesser said, “…by bringing the law into line with community values, future incidents of stealthing and the harm associated with that behaviour may be prevented.”

The current ambiguity around the legality of stealthing may reinforce a victim’s feelings of guilt and shame. As well as increasing awareness and deterrence, national law reform on stealthing will arm survivors with the language to describe what has happened to them and the knowledge that it was wrong.

The roundtable was an important milestone on the path to tackling stealthing. As someone who was in the room, I’m hopeful that best-practice law reform and community education campaigns are just around the corner.

If this article has brought up any issues for you, please consider reaching out for support:

HerCanberra is a proud supporter of the BroadAgenda, Australia’s leading research-based gender equality media platform based at the 50/50 by 2030 Foundation at the University of Canberra.

Thoughts every Canberran has in winter

Well folks, there’s no John Snow-ing it. Winter is here. How many of these thoughts…

Modern Dating: Is online the way to go? Part II

I recently walked around the city during lunch time and noticed heaps of gorgeous men,…