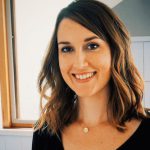 It started with a desperate desire not to wake her sleeping daughter—and now Chrissy Dupé has changed the lives of parents around Australia.

Named as a Finalist in three categories for this year’s Ausmumpreneur awards, here Chrissy shares her daughter’s story of living with Mosaic Trisomy 20.

You know your child has a rare condition when even the specialists don’t know a lot about it and have never seen anyone with it.

Our three-year-old daughter Gisele (Gigi) was born healthy, and without any signs of an underlying condition. It wasn’t until she was six weeks old that I noticed something wasn’t quite right with one of her pupils⁠—it was much larger than the other one and an unusual shape.

I took Gigi to see an ophthalmologist, who diagnosed her with a coloboma (a rare key-hole shaped pupil). He sent us on our way, but a couple of months later I noticed both her eyes were slightly shaking and one had started to turn inwards.

I took Gigi back to see the same ophthalmologist, and he said she had three distinct visual ‘pathologies’ and all that was required was surgery to correct her strabismus (eye-crossing). She was not even six months old yet.

I suggested given there were multiple things going on there may be something else at play. I was assured there was not and that I was an overreacting mother. Needless to say, I sought a second opinion.

What followed was a series of visits to paediatricians, neurologists, cardiologists, a Magnetic Resonance Imaging (MRI) test, multiple electroencephalograms (EEGs), blood tests, scans and eventually, genetic testing. Twelve months later, after initially being misdiagnosed based on her genetic results, we finally received the correct diagnosis of Mosaic trisomy 20.

I think the gravity of it all really hit me when I asked the genetic specialist what the symptoms of her condition were, and what we could expect as she grew. He told me Gigi would reveal this to us in time, and that there was simply no way of knowing.

No way of knowing…

The not knowing was (and still is) the hardest part.

Over time I’ve managed to find two other families who have a child with Mosaic trisomy 20—one in Perth and one in the United States of America. Being able to connect with these families has made such a big difference. It makes me feel like we’re not completely alone, and that there are other people who understand.

Gisele continues to see a specialist about her vision issues, and has regular physical therapy, occupational therapy, speech therapy and help with walking and other physical activities. She uses a mix of words, Key Word Sign and an assistive, augmentative communication (AAC) device to communicate.

Far from letting her condition hold her back, Gigi is incredibly happy, engaged and determined. She goes to childcare, has friends and loves playing with her big sister Lena and our Cavoodle, Boris.

I still worry a lot about what will happen to Gigi when she grows up and the time comes when her dad and I aren’t around for her anymore. I feel this is one of the biggest anxieties for parents of children with additional needs.

But I’m greatly comforted by the fact Gigi is already progressing so well, and I know in my heart that with the support of her big sister, extended family, therapy team, support workers and educators, she will live a meaningful and fulfilling life.

The more I watch her develop and see just how amazing she is, and how determined she is to succeed, the more confident I feel about Gigi’s future.

The not knowing is the hardest part. But in some ways, it’s also the best. Sure, we don’t know what her future holds but no one really does. With Gigi there’s no roadmap to follow, and no milestones to track. There is no typical path for our one-in-a-billion girl.

The great part is that means she gets to create it.

We’re incredibly proud of our beautiful girl, and we can’t wait to see what’s next.

Gigi inspired her mum Chrissy to create the Gigi Bib—a unique, easy to attach and remove baby bib with an innovative one-handed, wake-proof clip. Ten cents from every Gigi Bib sale will be donated to Rare Voices Australia and contribute to advocating for the best outcomes for Australians living with a rare disease. 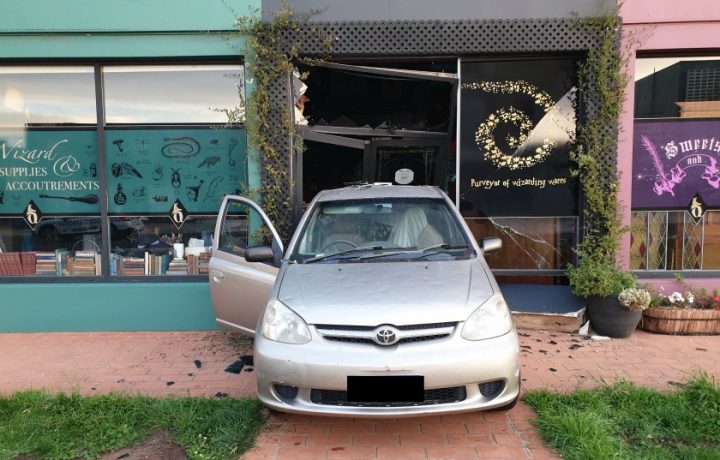 Surely it can’t get any worse than this…

New Zealand—Australia’s closest neighbours yet our fiercest rival on the sporting pitch. But for Nicola Browne, she has…