Handballin' around the countryside | HerCanberra 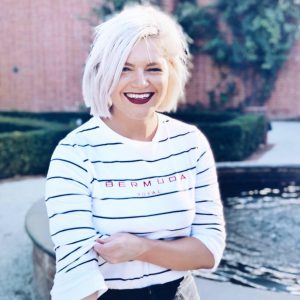 From French champagne to Italian leather to Belgian chocolate, some would say that the finest things come from Europe – why should sports be any different?

When I say “handball”, what do you think? I’d bet my last fiver that it’s the game played in the quadrangle of high school, with the tiny ball and squares drawn on the concrete. European handball, is something quite different – as I found out last week.

Long time European handballer Stephanie Thuleau arrived in Australia from her home of France 10 years ago and brought her love for the sport with her.

“I’ve been playing handball for 20 years in France most of the time,” she explains. “I had about five or six years in first division, and I played in the European Cup as well.”

Since arriving, Stephanie has continued to play, competing in six Australian national competitions to date. She’s well and truly the authority in Canberra on European Handball.

Photo courtesy of ACT Handball. Players are not those featured in the editorial.

So what does the game actually involve?

“The best way to describe it,” says Stephanie, “is like water polo, only without the water.”

“You’ve got the physical contact, the ball is a similar size [although it’s bigger for men]. You can bounce, if you catch the ball you have to pass, you can’t bounce again, there are many rules. There are seven players in the team, one goalie, two wings, two backs, one centre and one pivot.”

Stephanie says that her favourite thing about European handball is the camaraderie and support it provides.

“What I like most is that it’s a team sport,” she says. “While you have your own individual skills, everyone really needs to play together to find the solution. It’s a way of getting everyone together and developing that fighting spirit.”

Teammate Clara Dahlenburg represents the other side of the spectrum – at just 16, she’s been playing the sport for just under two years. The year 11 Narrabundah College student balances the twice weekly training with her studies, and is currently undertaking the French Baccalaureate program.

“We train twice a week, so we have Monday night and Thursday night, and at the moment we’re playing social games too,” she says. “We’ve all got matching t-shirts [and stuff] for our teams which is really exciting, and every Thursday we have different draws and verse each other, which is good game experience for us.”

Like Stephanie, Clara enjoys the team spirit that European handball brings, even encouraging several of her school friends to join the team.

“It’s a lot different to the sports I used to play,” she says. “It’s a great sport, it’s really fun and the team is great – all the girls on the team are lovely. We’re like a small family because it’s not a very popular sport.”

In Europe the sport is very popular, however in Canberra, it’s struggling to gain traction. Stephanie compares the popularity to that of netball in Australia, saying that European handball gets lost among other popular sports like basketball, rugby and soccer. The lack of uptake could also be attributed to the complexity of the sport: both Stephanie and Clara say that while the game is tricky, the best way to get a handle on it is to come along and watch a few games.

“People can just turn up if they want,” says Clara. “Everyone is really friendly about it and we love having new people here – as long as they work hard of course!”

Stephanie says that the lack of popularity presents an opportunity to players.

“With the lack of competitiveness, it can make them go to Nationals and learn more about handball at an elite level. We tell players not to be shy and to go for it! Not that it’s a game that you have to be scared of or anything, but if you practice you’ll progress further.”

Keen to give it a go?

Training sessions and games are held at Canberra Girls’ Grammar School on Melbourne Avenue in the Parliamentary Triangle. If you’re interested in playing, visit the ACT Handball website or visit their Facebook page. Go along, have fun and get fit, but most importantly help raise the profile of this fantastic sport!

Adele Haussmann is not your average personal trainer, and her business, Smile Fitness, is certainly…

12RND might only have been open seven weeks before COVID-19 forced them to suspend operations,…