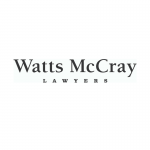 Here’s the scene. You’re separating. You’re ex-partner is drowning in debt and owes The Tax Office a whack of money. Not your problem, correct? Not necessarily so.

A new High Court ruling says that the debts your ex owes to the Commonwealth can be assigned to you in the course of property proceedings, even if you’ve toed the line and kept your finances in order during your relationship.

So if your ex-partner has debt, be aware that you might be in for a rude awakening!

In the case of Commissioner of Taxation v Tomaras, the High Court found that during a property dispute, the tax debt of one spouse can be transferred to the other.

In Commissioner of Taxation v Tomaras, the husband and wife separated in 2009 after 17 years of marriage. During those years, the wife ran up $250,000 in debt to the tax man. In November 2014, the husband was declared bankrupt. Just a month later, the wife started proceedings against him for property settlement. In doing so, she argued that her tax debt should be shifted to her husband in accordance with Section 90AE of the Family Law Act 1975. The High Court agreed that this power can be exercised by a Court in Family Law proceedings.

What was the Court thinking?

The High Court held that a Court exercising power under the Family Law Act (1975) has jurisdiction over debts owed to the Commonwealth and that the Court also has the power to order the Tax Office to transfer the debt of one spouse to the other.

But before you burst into tears, or crack open the champagne depending on what side of the equation you’re on, remember that the Court must follow the requirements of the Family Law Act. The Court must find that it is just and equitable in all circumstances of the case to make the order, and the order should not be made if it is foreseeable that it would mean the debt is not likely to be fully repaid.

In this case, as the husband was already bankrupt, it was most unlikely the Court said, that the debt would be transferred to him. However, the High Court has made it clear that the Family Court has the power to reassign debt with each case depending on its own facts and circumstances. Consequently, the High Court has confirmed that a Judge exercising power under the Family Law Act is empowered to move the debt of a penniless spouse to their wealthier partner, if doing so would be just and equitable.

It’s not just the Tax Office

Keep in mind that the reasoning in the Tomaras case could be applied to a number of situations. So, if your spouse or partner owes debts to other government agencies, such as a Centrelink debt to the Department of Human Services, then s90AE might be used to argue that the debt should be transferred to you.

If all of this sounds confusing, that’s because it can be. If you have questions about where the law stands regarding the transfer of debt in property proceedings, then contact the Accredited Family Law Specialists at Watts McCray Lawyers for advice. We can help explain these complex matters to you in language you’ll understand.

Until 29 March 2019, Watts McCray Canberra is offering free first consultations for up to 20 minutes, for HerCanberra readers.

We can also advise on your options for legal fees if you don’t have immediate access to funds. Remember, one piece of advice can often alleviate anxieties, emotional hardship and distress later when circumstances might not be manageable.

This expert column was prepared by Debra Parker, Accredited Specialist in Family Lawyer and in Dispute Resolution, Watts McCray Lawyers in Canberra.

Debra gained her Bachelor of Laws at the University of Adelaide and was admitted to practice in the Supreme Court of the ACT in 1984. The following year she was admitted to practice in the Family Court and the High Court of Australia. She was made a member of the Australian Institute of Family Law Arbitrators and Mediators in 1992 and is a Nationally Accredited Mediator with the Mediator Standards Board. Debra is also a member of the Family Law Section of the Law Council of Australia and the Law Society of the ACT. Debra is the only family lawyer in the ACT with double Specialist Accreditation in both Family Law and also in Dispute Resolution, as recognised and awarded by the Law Society of NSW.

The best adventure honeymoon destinations for any budget