Last week, I was tasked with giving a 5-minute speech on work-life balance.

Cramming the most important points into five minutes was an interesting exercise. Here’s what I said:

A few months ago, I spent five hours in the Arrivals Hall at Canberra airport with my fourteen-year-old and her best friend, awaiting the arrival of an obscure American YouTuber. We knew that Miranda Sings had performed the night before at the Melbourne Comedy Festival and we knew she was performing that night in Canberra. What we didn’t know was which flight she’d be on.

That’s how we found ourselves at the airport at 7.30am, with the girls in costume, waiting. Two hours later, we were approached by the police, who had never heard of Miranda Sings but wished the girls luck.

At the four-hour mark, I posted about it on Facebook, and that’s when I started receiving calls and texts from my friends. I’d like to say they were supportive messages, but they were more along the lines of, ’Are you crazy? Who has time to do this on a Sunday?’

In the early afternoon, we glanced up the arrivals escalator for the umpteenth time, and there she was! She came through the double glass doors and straight over to the two girls, hugged them, posed for photos and promised to follow them both on Instagram. It was a highlight of their year.

A couple of months later, the two girls came home from school upset. Their friends’ mum had been diagnosed with dementia. She’s in her 40s.

In that moment, I knew I wanted to spend more time hanging around at airports on weekends with teenage fangirls. Not less…

Brian Andreas said: “Everything changed the day she realised there was exactly enough time for all the important things in her life.”

I get this wrong sometimes. The day I dropped my daughter at her first day of pre-school when she was three was a complete debacle. (The low points were ripping the bumper bar off my car at work and then accidentally consuming an Army Officer’s salad.)

That’s when you need to pull back.

Because this frantic life we’re leading is full of choices. The job that sucks every ounce of energy is a job we applied for. The raft of activities our kids are enrolled in outside school are activities we signed up to.

The committees, the sports coaching, the extra housework, the constant helping of our colleagues and friends to the exclusion of our own priorities—it’s all stuff we said YES to.

And that’s great, if it’s working.

But if it’s not, nobody’s going to fix things for us, so do this: 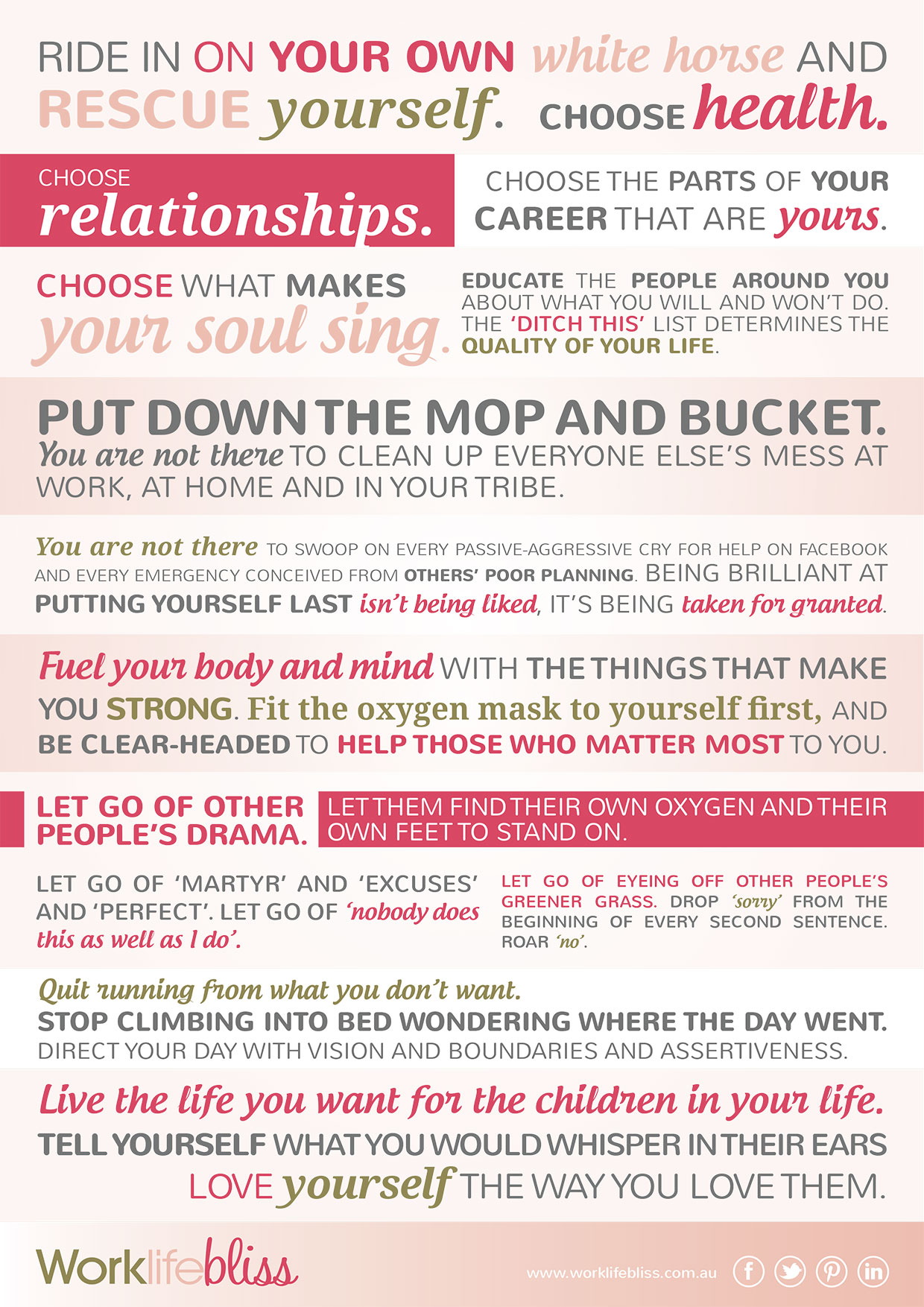 And remember: Weekends are for hanging around at airports for endless hours staking out internet celebrities. Or for doing whatever it is that you love…

Don’t have time for a hangover? How a group of friends found a way to…

For many women, leaving an abusive situation is one of the hardest things they will…