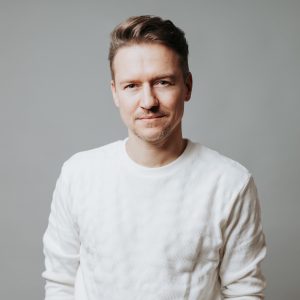 This week on Home Stories, Ashley and Cass visit the home of friend and interior designer Alana Ring at her new apartment on the Kingston Foreshore.

Alana is a friend—even a close one I would say—yet somehow, I’ve only seen her apartment at The Prince on the Kingston Foreshore from the outside, despite the fact that she’s been there for a year.

You think I would make more of an effort, especially since Alana is an interior designer and we often nerd out on architecture, design and décor. Well, what better way to make up for it than with a glorious edition of Home Stories, right? And as an added advantage, Cass and I get to share the experience with you.

Alana always liked the Foreshore area and this specific building caught her professionally-trained eye with its Brooklyn-inspired brick façade and the interior styling elements including the subway tiles, kitchen shelving and exposed light fixtures. 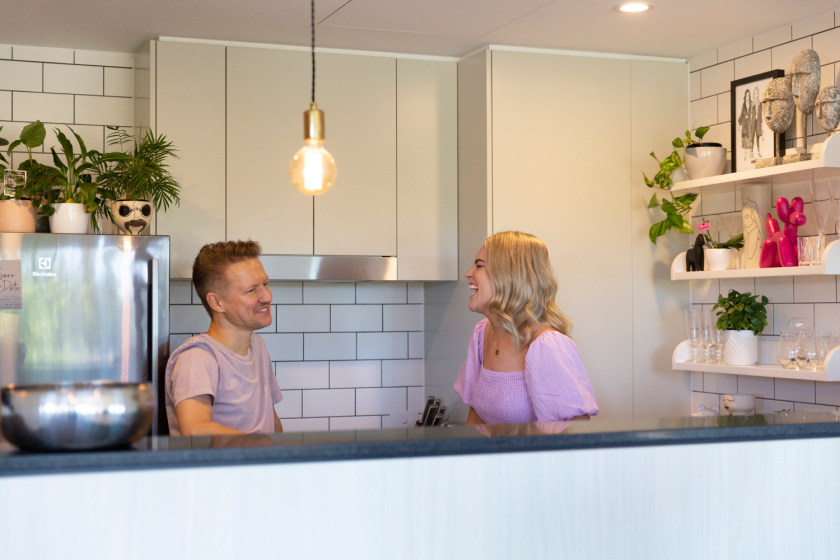 So when an apartment became available she secured her first bachelorette pad. All the nerves of such a big decision were there but she had certainty in knowing that it just felt right with its smart layout and the elevated and peaceful view of Norgrove Park from her balcony mixed with the social presence and convenience of Foreshore life.

Alana had very few things when she first moved in—aside from a painted black skull my fiancée Emily and I gave her for her Christmas. No, it’s not morbid, it was actually a promo piece relating to an exhibition I launched at NGA.

It turns out that that piece marked the first piece of Alana’s design inspiration for the apartment.

“It started the first stage of my styling where I focused on tones in terms of the grey couch or white TV console,” explains Alana. “Then I added in elements of texture like the new rug and throw, then pops of colour via the pillows, flowers and décor items.”

“Now I’m thinking about a dining table pendant light feature, new curtains and perhaps even some wallpaper.” I suggested a skull pattern for the wallpaper, but Alana said no. 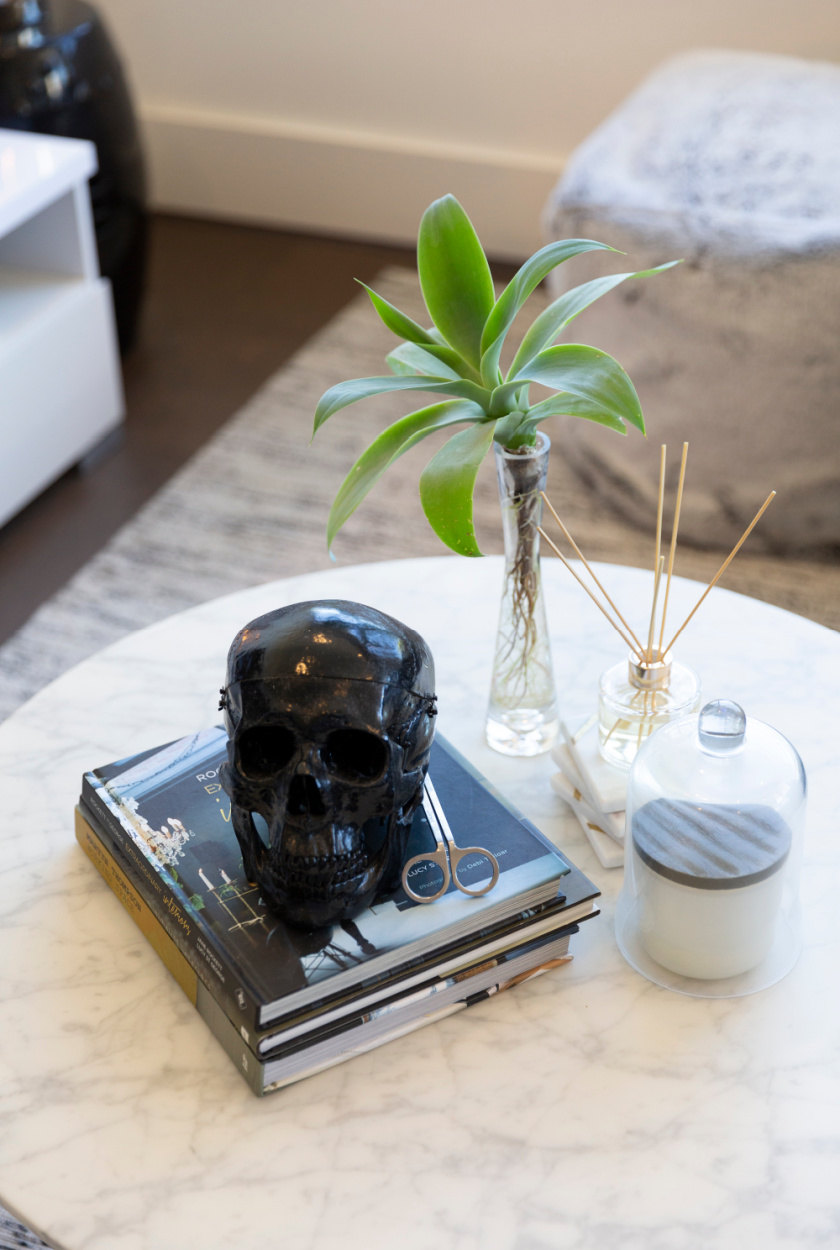 In all seriousness, Alana’s inspiration comes from interior design studios such as Greg Natale, Hecker Guthrie or the Mini Design to name a few—though she says the key to turning ‘inferior design’ to interior design is suiting the purpose to the place and getting objective professional advice rather than relying 100% on the trends from popular reality tv shows.

“I have a small place, so there is no room for grand plans, but there is room for creative inspiration and adjustment to make the space more liveable and reflect more of me,” she says. 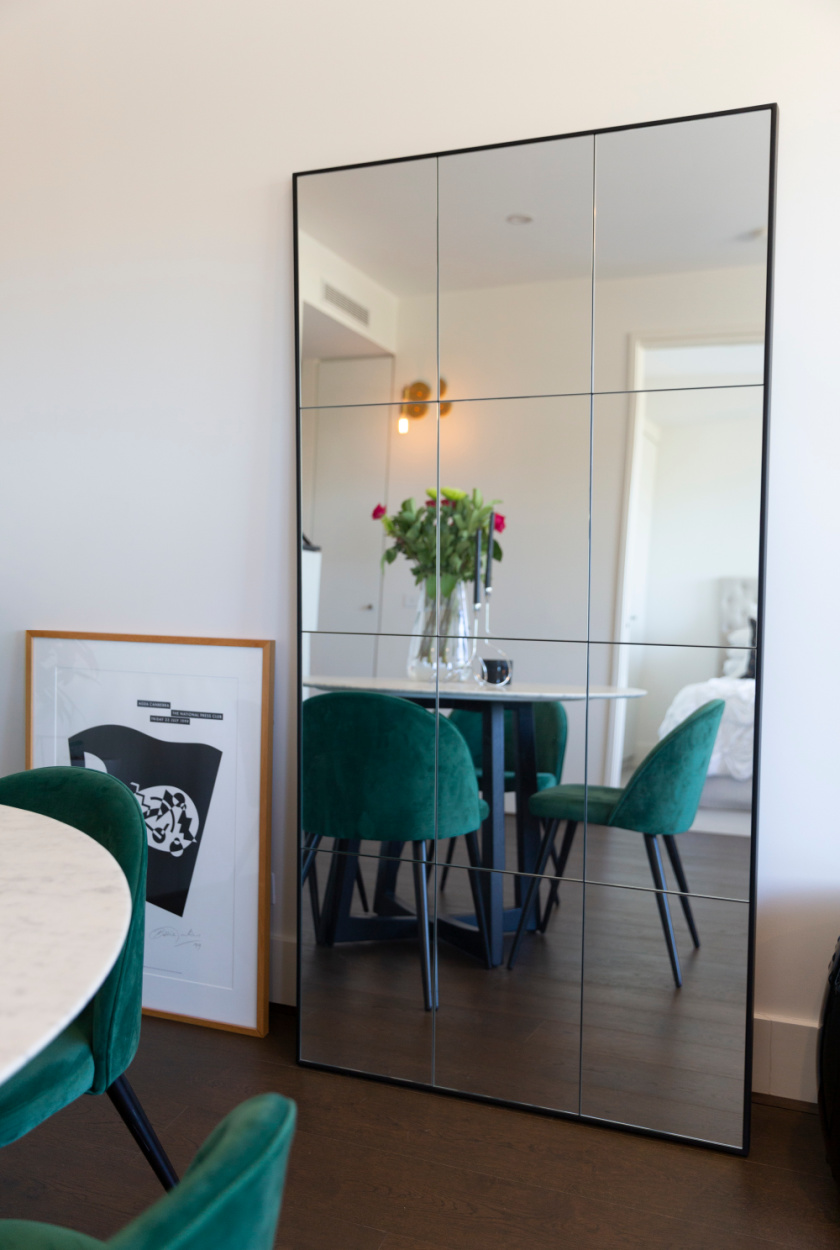 Speaking of reflections, there’s a shot of myself, Cass and Alana in her lounge room mirror that makes us all look like a cubist Picasso piece.

While we were laughing about me having two foreheads, we chatted about how this place would change if Alana was no longer single. 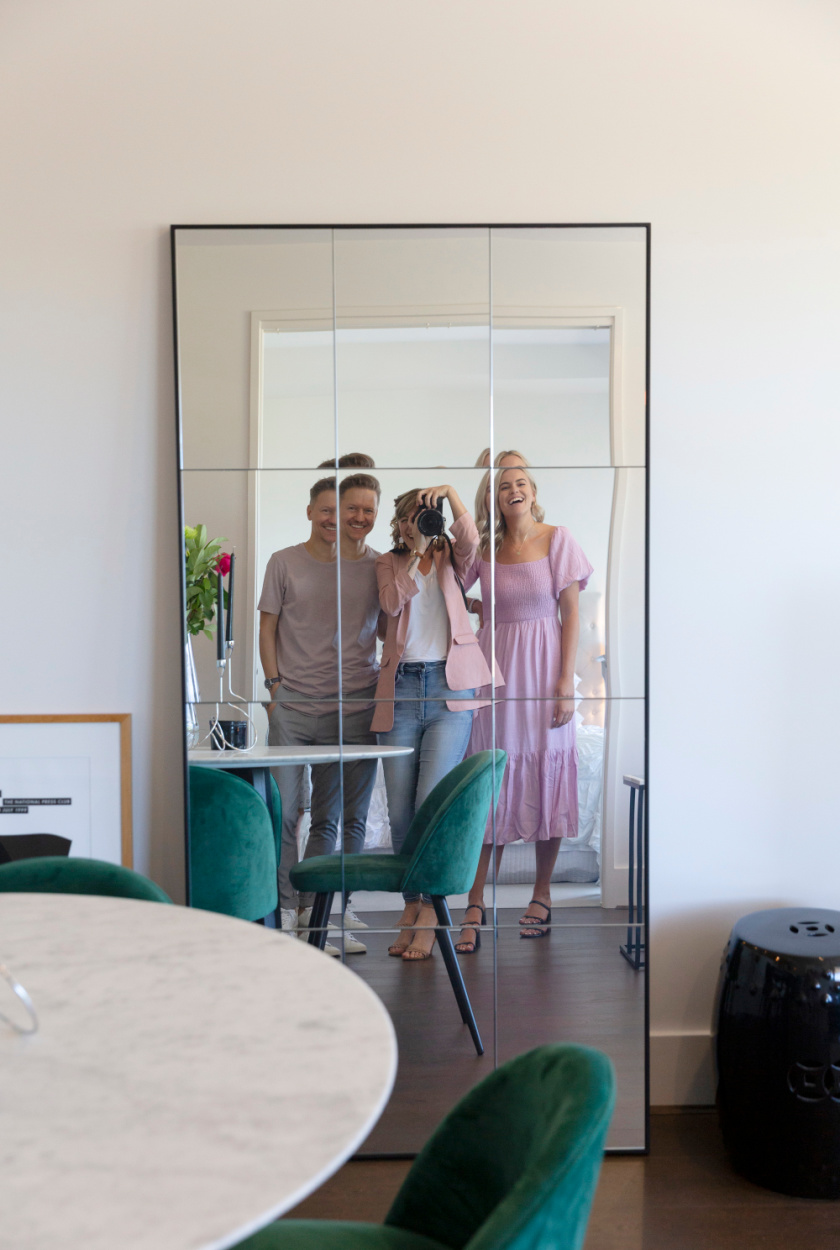 That reflection started a whole new conversation about how partners—just like interior design professionals—can be really vital for a fresh perspective that we can’t get from binge-watching The Block.

And that’s when it hit me—the best way for me to make up for being a dodgy friend is to assist in finding Alana her perfect match. Don’t laugh—I’ve done it before, and I might just have an arrow or two left in my cupid bag. 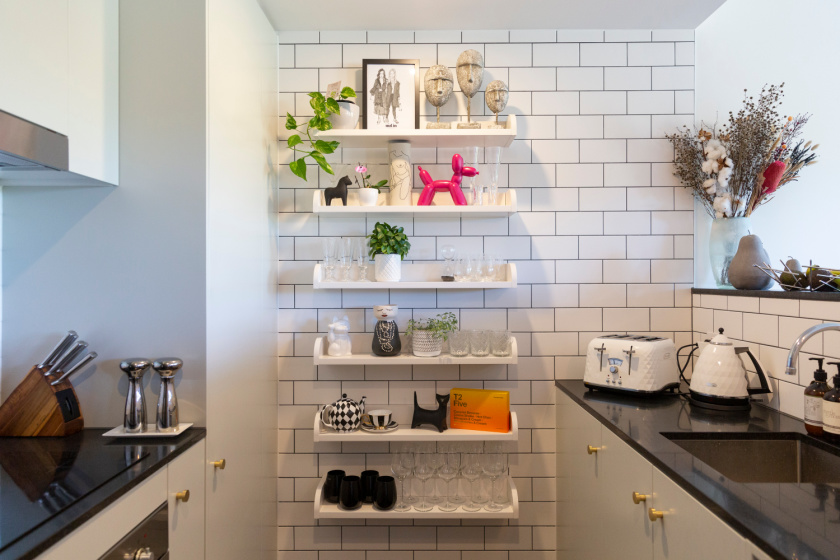 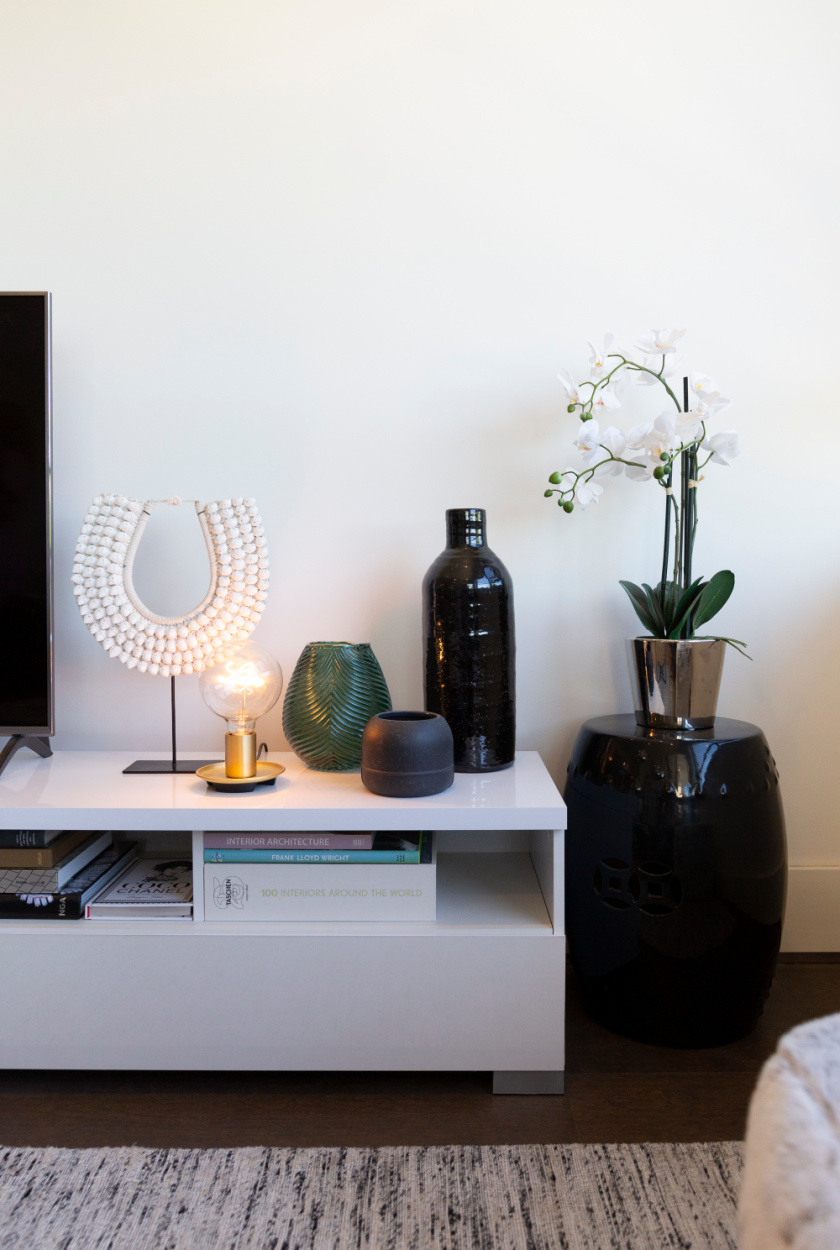 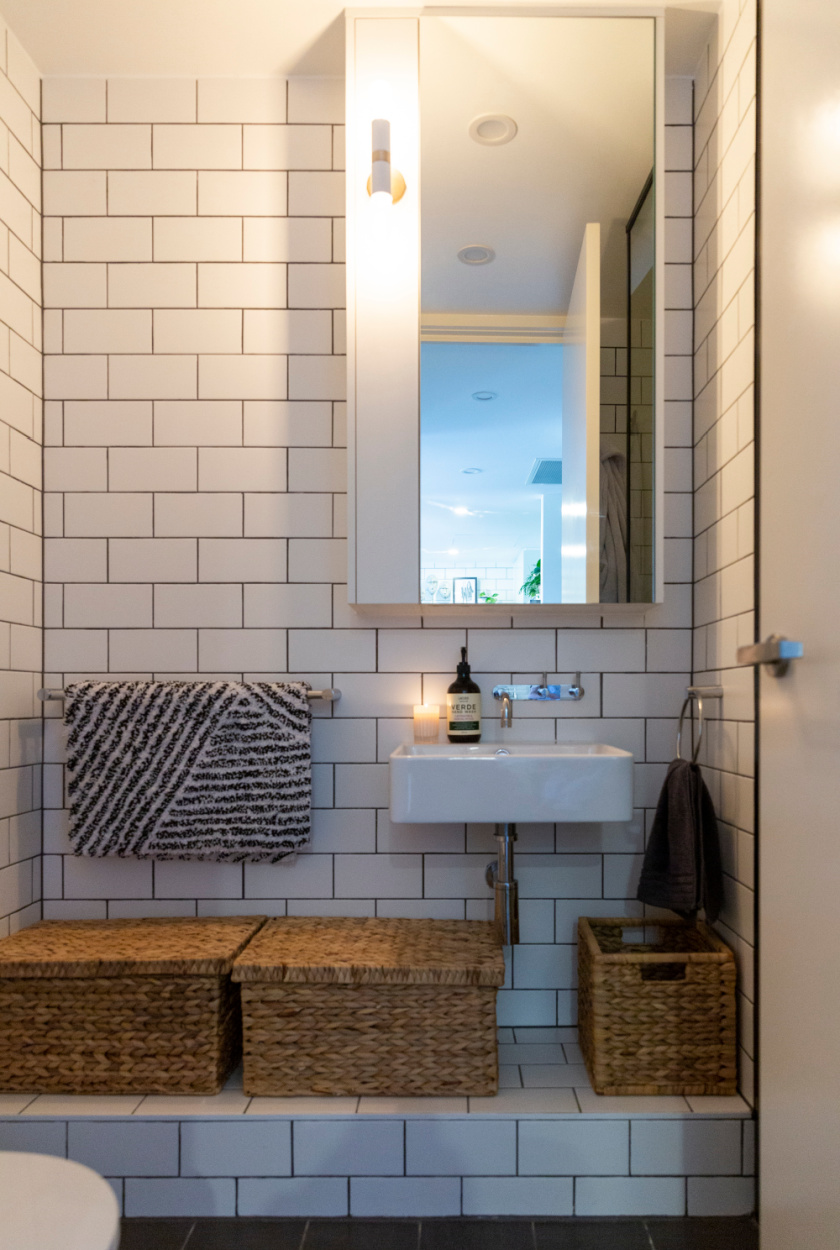 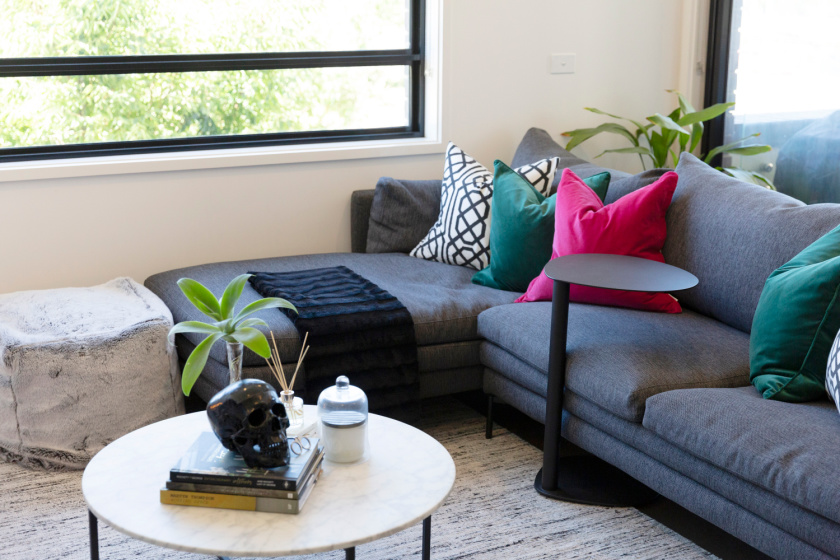 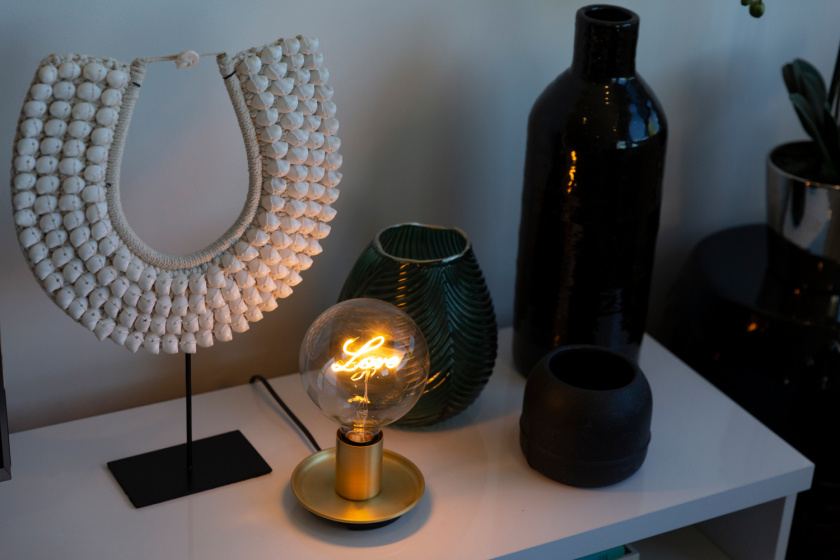 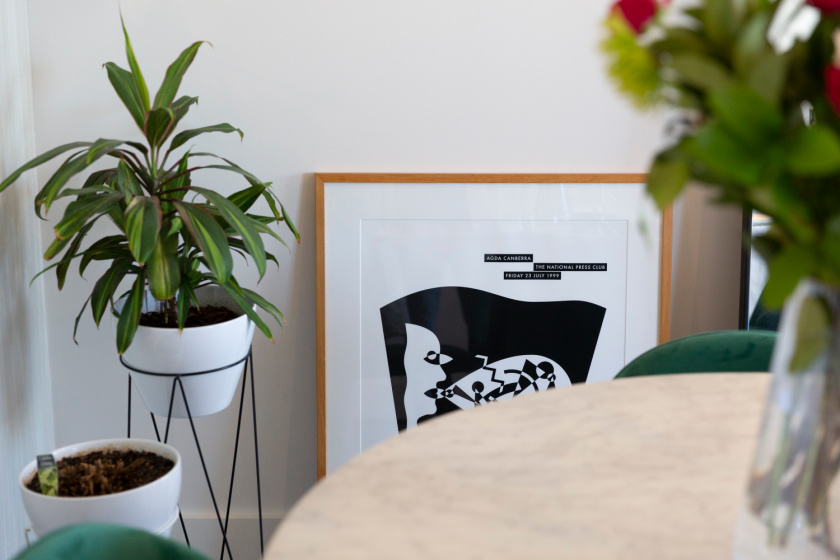 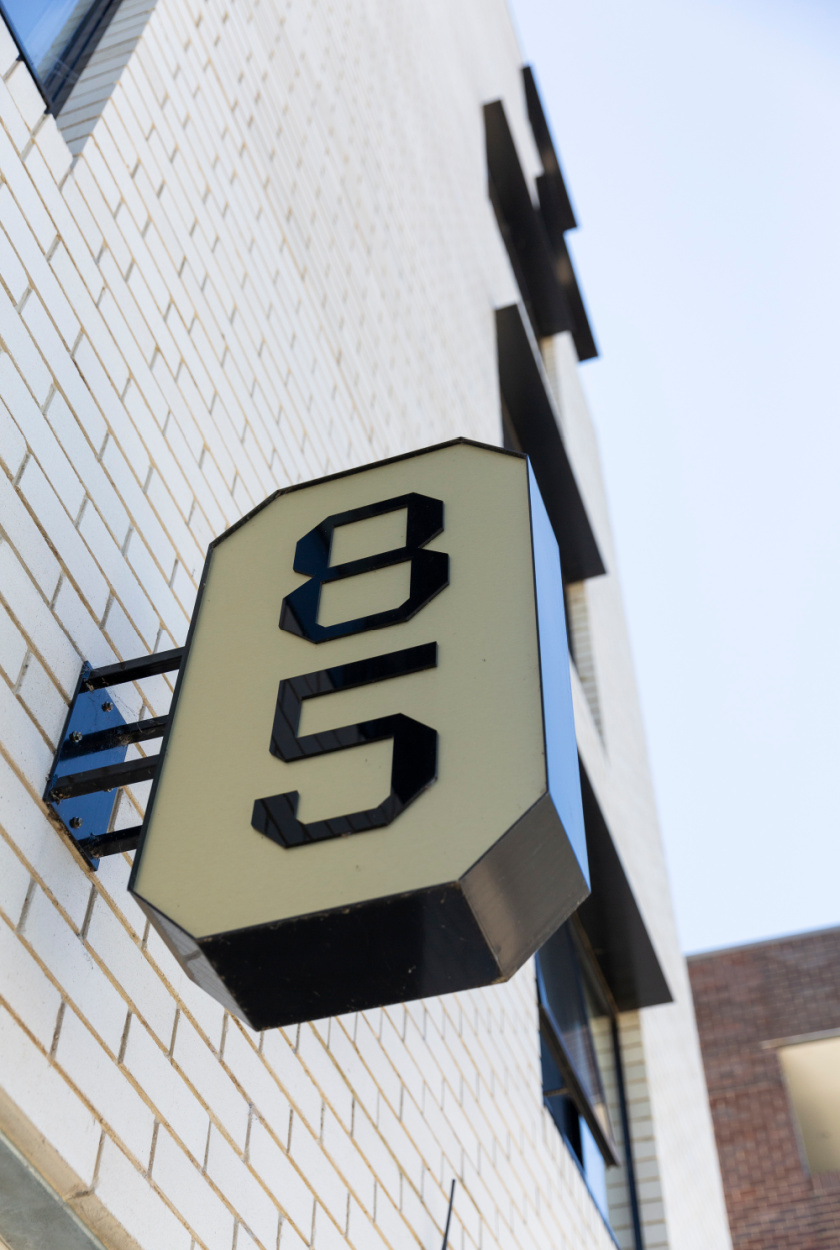 ActewAGL is your home for moving home.

With everything you need to power your move, connect with Canberra’s local energy experts. 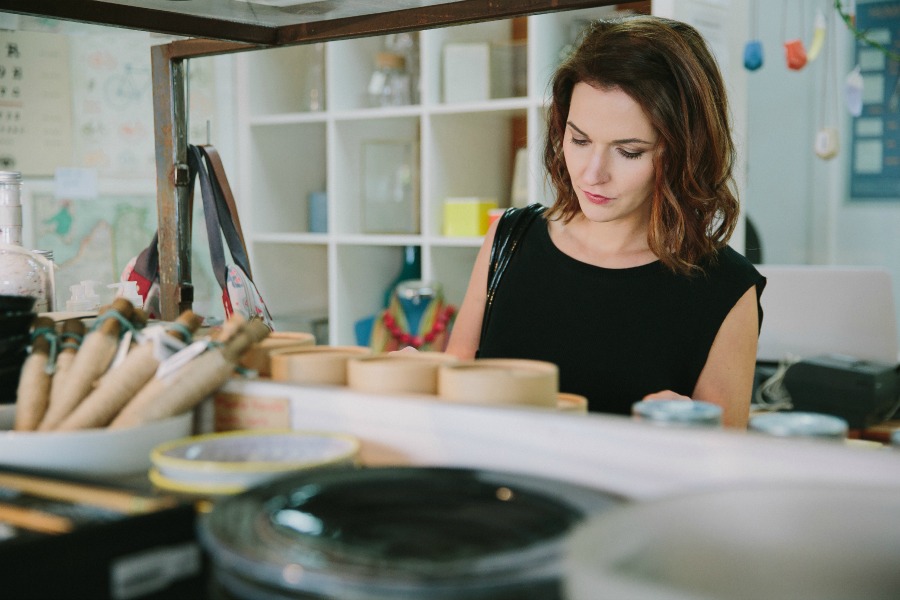 Style Curating and winning at life

As the year comes to an end, somewhere between the regret of eating too much…