You, Me and the Sea Home | HerCanberra

When you walk in the door of Tess Godkin’s home, it’s almost like a light and slightly opaque Instagram filter drops down over your eyes.

There’s a soft whiteness to all that you see: clean lines, high ceilings, and an enormous square window into the bluest of pools. Everything looks slightly bleached— brighter and larger than it ought to be.

It is clear that the home has been created by someone with a strong aesthetic. That would be Tess, a professional photographer, whose Instagram account @you.me.and.the.sea_ demonstrates the very same lightness as her home—no filter required.

Tess, and her project-manager-by-day-and-DJ-by-night husband Sean Luca, have designed every aspect of the new build. They turned only to expert advice when it came to drafting the plans for Council approval.

Their bravery was certainly tested at the start of the project—when their chosen builder went bust, taking a sizeable deposit with him.

“It did set us back a bit, but we couldn’t change the outcome, so we moved on with things,” says Tess with trademark calmness.

Securing the services of Neeta Homes on the recommendation of a friend, Tess and Sean moved in with Tess’ parents and awaited the impending birth of their daughter, Siena, now 18 months.

Second time lucky, the build was smooth-sailing. “We had really good communication with the builder and it all went exactly to plan. Honestly, there were just no dramas at all. Luckily!”

The result is a bespoke design, encompassing everything Tess and Sean wanted from a forever home, with no compromise. That is due, in part, to their decision to buy an affordable five-acre plot at Greenleigh, just beyond Queanbeyan.

The couple purchased land more than two years ago after a city-wide search. The alternative was to buy a small fixer-upper in an established suburb.

“We looked at all options and could actually have gone either way, but in the end, we wanted to do it from scratch the way we wanted, rather than try and patch over someone else’s mistakes.”

Now the couple feel they have the best of both worlds—a house they dreamed of, in a location they absolutely adore.

Indeed, the views of gently rolling bushland that stretch beyond the  pool suggest you could be in the Blue Mountains or a nearly-hidden retreat far from the city.

“It’s just a beautiful location and we feel like we are living in a resort, permanently on holiday.”

In fact, Tess works from home, with an enormous room down one end of the house acting as a beautifully-styled studio. In a separate room, Sean has his DJ equipment laid out, and one can only imagine how this sprawling home could accommodate fabulous parties.

The style of the home could be described as Scandi/coastal, with a Hamptons-esque touch.

“What we wanted was to create a home that was not stock-standard. We didn’t want that generic new build feel.”

Tess said she chose a fit-out that, while contemporary, edged towards classic rather than being “completely on trend”.

“For instance, I did spend some time asking myself whether the black taps would date, but I think they will stay timely.”

A massive double-doored entry way with a vaulted ceiling and rustic chandelier sets the tone for the home. The oak floorboards surpass all expectations while the white wall panelling and recessed television help create even more clean space and light.

The feature window includes a bench seat where Siena can watch the world go by, while linen sofas, a rustic wooden coffee table and Tess’ grandfather’s old armchair all provide places to relax.

The kitchen, meanwhile, is pure Hamptons chic—all marble and shaker-style cabinetry in white.

Down one wing are the children’s bedrooms—yes, Siena is about to become a big sister—while an enormous parents’ retreat forms the other wing.

Storage and space abound, and clear light floods the home.

Having only moved in in January, all is not complete, of course. Landscaping is in its infancy, and the couple have big plans for the entertainment area and back garden. But at least the pizza oven and pool are fully functional.

“In the end we want a home to reflect our personalities and we are both really relaxed. We love family and we love entertaining, and it is so exciting to have people come around. We want to live casually, and we want a home that reflects this and is easy to maintain.”

And, in this case, there’s the added bonus of capturing endless Instagramable moments.

This article originally appeared in Magazine: Home for Autumn 2018, available for free while stocks last. Find out more about Magazine and where to grab your free copy. 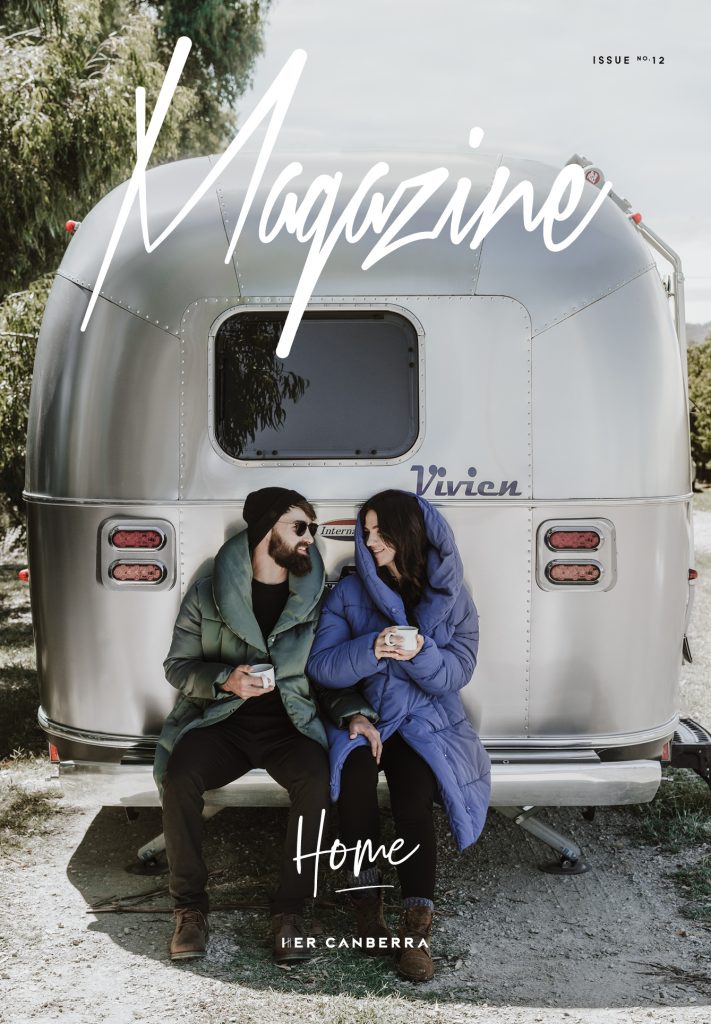 For years I’ve been driving past a home in Turner, and every single time it…